Be Safe This Holiday: Avoiding DUIs and Drunk Drivers

Be Safe This Holiday: Avoiding DUIs and Drunk Drivers 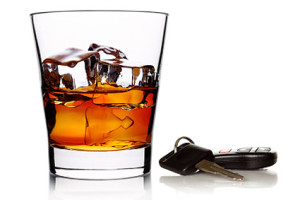 Enjoying the holidays is fun, but sometimes having fun and getting too drunk can mean trouble. This holiday season, we’ve assembled some tips so you’re safe on the road and can avoid a DUI, which can cause your life to get a whole lot more complicated. Endangering lives and fines aside, sometimes you’ve just got to use good sense. We’re going to get into more detail, though, so read on to find out how you can have a fun and safe holiday season!

Many people associate the holidays with merriment, decorating, eating, gifts, and laughter. It’s easy to forget that there are more arrests made for DUIs between Thanksgiving and New Year’s Eve than average. Between December 25 and January 1, the average amount of fatalities that occur from impaired driving goes. Binge drinking and drunk driving do occur on a more frequent basis around these times, and many of these drivers will be getting behind the wheel and taking themselves home.

The United States National Institute on Alcohol Abuse and Alcoholism states that 40% of vehicular deaths that occur between Christmas and the New Year are due to drunk driving. With more drivers on the road every year, it’s important to keep an eye out for impaired drivers and to avoid becoming one yourself. Don’t be a statistic when there are already so many other people that are going to drink and get behind the wheel. So, here are our tips for you this holiday season: our gift to you.

Tips for Having a Safe Holiday:

Don’t drink and drive.
Drinking and driving is bound to get you into trouble. You’ll give yourself away, and before you know it, you’ll be pulled over and walking an invisible line. Drink if you want to– just have a backup plan. Have a taxi, know the bus schedule, get a ride from a family member or friend, call an Uber or Lyft, or just arrange to stay the night. Have a partner that agrees to be the sober driver. No matter what you do, do not drink and drive. Do whatever it takes, just don’t make excuses if they’re going to involve you getting behind the wheel.

Do not break the one drink per hour rule!
Pay attention to whether you’ve eaten as well. Drinking on an empty stomach can mean that you get a lot more intoxicated than you would think– and it can play a big factor in how impaired you become.

Don’t assume it’s safe because you don’t have to drive far.
It is never a safe time to drive drunk. Even if you live a block away and drove for the convenience, don’t kid yourself. You’re too impaired to drive anywhere.

Have a designated driver lined up ahead of time.
If your friend agrees to be the driver, you’re good to go. (Just be sure they’re sober and kept their word.)

Stay at a hotel.
If you’ve been drinking, the safest thing to do is stay at a hotel. Just book a room and put it on your card if you have to. A DUI will cost you far more than a mere hotel room will!

Don’t drive drunk this holiday season. Enough drivers will be making that choice. Be aware when driving and give intoxicated drivers a wide berth. If you need advice on a case of negligent driving that affected you, contact an experienced DUI attorney at The Law Offices of Payas, Payas, and Payas today.