How often do injuries caused by medical malpractice occur, and what are the top injuries that are usually sustained?

A hospital in Florida made headlines in 1995 for a case of malpractice where a healthy leg was taken off. A series of errors led to this happening, but the 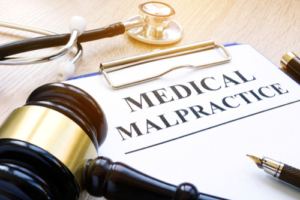 surgeon had his license suspended while the hospital lost accreditation temporarily. The claim settled for $1.5 million and hospitals all over the nation decided to put new procedures into place so that they would not make the same mistake.

The leading injury that people sue over for malpractice is death. Making up 26%, this is the top injury sustained. Coming in second is having a major physical injury to the brain and spine at 15%. Following that up with a higher percentage (39%) but more general category is a significant physical injury, which could be nearly anything. 17% of injuries are related to emotional or minor injury or breach of consent, while 3% are ‘no adverse injury’.

From 2004-2006, many deaths that occurred were preventable. There were an estimated total of 228,337 deaths due to negligence for that period of time, with over 38,000 receiving a payout. When medical care does not meet a standard of care, it can cause injury, suffering, and death. These incidents of malpractice listed below often spur litigation from affected parties as well.

Errors In the Operating Room

OR mistakes involve operating on the wrong person, doing the wrong procedure, or leaving foreign bodies like surgical tools or a sponge inside after doing a surgery. An improper incision suture or a punctured organ, an injured nerve, artery, or vein, oxygen deprivation or anesthesiologist error are all frequent causes of injury, death, and lawsuits.

The wrong medication can be written, or the correct medication but an incorrect dosage. Even poor handwriting can result in errors. Even application done incorrectly can be an error that is made (an IV done instead of an IM (intramuscular injection). Pharmacists must also give accurate instructions on how medication is taking as well.

When a disease, medical condition, or sickness is not diagnosed, it could be malpractice. A patient does not get the treatment that they need and does not get the chance to treat their illness that they would have with a timely diagnosis. They could go through further harm or even death. Meanwhile, an incorrect diagnosis may cause unnecessary treatment that can be harmful as well.

An injury during birth can change families’ lives forever. Birth injuries can occur through failure to monitor oxygen levels during labor or delivery or after birth, improper use of force or forceps, and more.

Failure to Get Informed Consent

Some patients get complications after a procedure and claim if they had been aware of that possibility, then they wouldn’t have gotten it.
An Attorney Can Help You

The laws in Florida regarding cases of malpractice in the medical field differ from regular negligence. Even the time you are allowed to file a lawsuit post-incident is different. An attorney  specializing in this area will know everything regarding these laws, how to proceed, and more. If you or someone you know has been negatively affected by this type of malpractice, contact Payas, Payas & Payas and schedule a consultation today.