Are you or is someone you know a car accident victim in Florida?

If you or someone that you know has been involved in a car accident, you may be able to take legal action! The Law Offices of Payas, Payas and Payas can help you find out whether you have a case that could go to court and win. 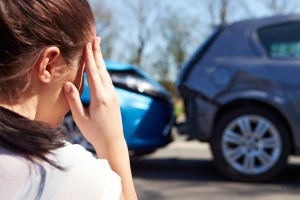 The new Personal Injury Protection Law, which was passed in Florida and took effect in 2013, was supposed to prevent insurance fraud. But it also hurt many groups in Florida that weren’t involved in the insurance industry, like medical providers and injured motorists. The P.I.P. law is thought to be able to allow insurance companies to collect the rates they need to while getting fewer policyholder benefits.

The state Florida now requires drivers to carry at least ten thousand in coverage for this type of insurance. This will allow you to get medical benefits if you have been in an accident. Perhaps the surprising thing about this is that even if the accident is their fault they are allowed coverage.

However, some people are exceptions to this law, and so this policy being made legal is somehow affecting policyholders by the stripping or withholding of their benefits– but the insurance companies seem to be making a tidy profit off the (legally required) dealings. In other words, you are legally obligated in the state of Florida to have and pay for this insurance, but in the event that you are in or cause an accident, you may not even receive the benefits that this insurance is supposed to provide.

Now there are changes happening regarding this law. Changes such as people who have been injured in a car accident are required to seek initial treatment in 14 days. The previous policy places a time limit on treatments, so if you basically do not report your treatment, forget, cannot, whatever the case is, you will not be reimbursed for the treatment by the insurance company. On top of that, you may also be only eligible for $2,500 when it comes to coverage instead of the $10,000. Individuals who have sustained more serious injuries will be eligible to be reimbursed for the ten thousand, but those with injuries deemed less severe will only get up to $2,500.

In addition, a patient will need to be certified by a medical professional that the injury they sustained demanded immediate attention. No wonder our clients have to seek legal counsel in order to get any sort of coverage for their injuries.

Not only that, now massage therapists and acupuncturists are no longer being part of the accepted treatment for the bill. The state does not require insurance companies legally to notify their policyholders that forthcoming changes were occurring, so there was a widespread lack of knowledge that the coverage was even changing. Legislation was optioned to try and make the insurance companies offer reduced rates, but was that action truly in the tax payer’s interest or just pandering to try and make an unfair legal situation seem fair to the people?

The coverage from PIP only extends to about a fifth of an insurance bill, so rates would not be decreased enough to make up for the reductions in coverage that have occurred. If you’re seeking compensation, consult the Law Offices of Payas, Payas and Payas today.