Dog Bites: Everything You Need to Know

Home/Personal Injury/Dog Bites: Everything You Need to Know

Dog Bites: Everything You Need to Know

Dogs are part of our lives– well, for some of us anyway. But what to do when you have a negative interaction with a dog and end up getting 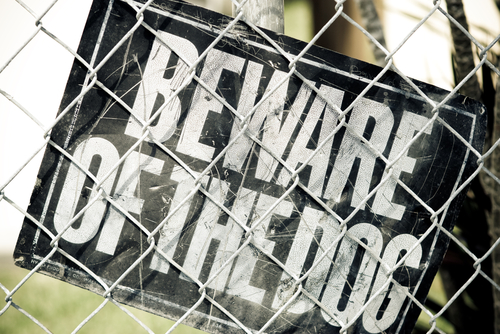 According to the Centers for Disease Control and Prevention and the Humane Society of the United States, there are about 4.7 million dog bites every year in the U.S.

While you may not spend your day walking about thinking about whether or not you are going to get bitten by a dog, the truth is that a lot of people aren’t thinking about it either– until they have reason to.

In 2015 alone, home owner’s insurance companies ending up paying out $38,000 on average for every incident of a dog attack claim that was settled. Of those hundreds of thousands of serious injury victims, about half were children.

Half of the serious number of people affected by dog assaults that year were children– why are they in particular getting affected? Children are less able to defend themselves and when a dog decides to attack them, they can not only bite them, but knock them down too.

Any child falling down may experience more serious injuries, such as broken bones or worse, injuries to the head. This is obviously a horrible experience from any child to go through, and the first thing that should be done after any canine attack is to call an ambulance or drive your child to the hospital and seek medical attention as soon as possible.

Children may not only need medical attention, they may need additional procedures that go beyond stitches or even physical therapy. Parents should also look into getting children therapy or treatment as children often experience p.t.s.d. and experiencing nightmares or having flashbacks is common.

States often have differing laws about canine bites. States that do not have separate laws regarding this topic become one-bite states by default, meaning that a dog owner is liable for damages if they either previously attacked someone or showed a propensity towards being vicious such as growling, snarling, baring teeth, etc.

Premise liability states that negligence is a lack of ‘ordinary care’. So if owners have knowledge first-hand that their dog has the potential be dangerous but do not control them through additional steps such as taking them to training school, then the behavior will not fall into ordinary care and would be instead ‘standard negligence’.

‘Scienter Cases’ involve owners of dogs that knew their dog was potentially dangerous and are thus liable for damages potentially as a result. Scienter is the Latin word and means knowledge.

‘Negligence Per Se’ cases mean that victims don’t have to establish that lack of ordinary care– that is, if there was an animal restraint or leash law violated and that violation caused the damages. This may raise punitive damages awarded at the end for ignoring a risk while in full knowledge of the danger. As a result, punitive damages may be awarded in addition to ‘ordinary’ damages.

Dog bites can be extremely harmful to children and adults alike. After pursuing medical care, consult a lawyer that can take your dog bite case.