We rely on medical professionals to treat us when we go to a clinic, hospital, or office. While most of the time these professionals live up to the name, there are times when errors are caused by negligence or even bad intent. 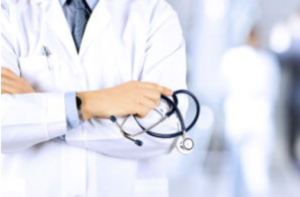 When a nurse, doctor, or other medical practitioner does not provide the expected standard of care and it results in errors, that could be a case for going to court for malpractice. Errors happen frequently, some more often than others.

Mistakes do not always equate to malpractice. Neither does a death or an injury or bad result a lawsuit make. Even if patients or family are not happy with the outcome of what happens, legally, malpractice in the medical field is defined as involving negligence on the part of one or more medical providers.

Incompetence or incompetent actions could definitely result in negligent results. Even a delayed diagnosis or a misdiagnosis is defined as malpractice– a patient can miss opportunities to receive the treatment that would have prevented injury or death.

Another common lawsuit revolves around errors in medication. Over a million individuals in the United States are harmed by med errors every year. This could involve errors in prescription, poor handwriting, errors in drug administration, the wrong medication dosage being written, and more. Whether it’s in the writing of the prescription, the administration or lack thereof, or errors in treatment, this could be a case for a malpractice suit.

Anesthesia is another medical area where small errors lead to big consequences (including death). This can involve not only administration but a failure to review medical history, inform them of the risks involved in not following preoperative instruction, giving a patient too much anesthesia, not monitoring their vitals, using defective equipment, and more.

There are also frequently claims and lawsuits that arise from surgery errors. Maybe a surgeon ends up being negligent in the middle of an operation. Perhaps the staff is not giving the proper post-op care, which results in patients getting complications.

There are many times where medical malpractice seems to be the culprit, but is it? You may need to speak with a medical malpractice lawyer to find out. Contact a lawyer and see what they think when it comes to your potential lawsuit and get an experienced opinion on the matter.