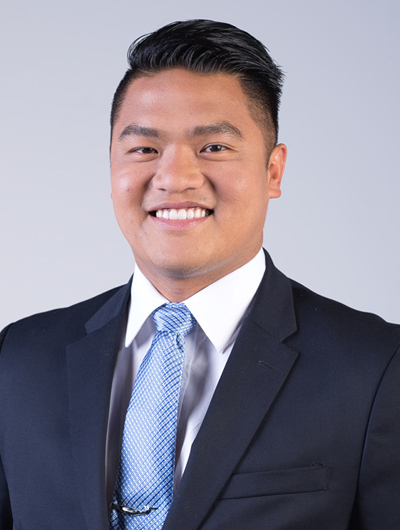 Joshua Andone, a Florida native, grew up in Fleming Island, Florida. He moved to Orlando in 2007 and was a 4-year member and captain of the Men’s Soccer team at the University of Central Florida (UCF), where he obtained a Bachelor’s Degree in Finance. After graduating from UCF, he was given an academic scholarship to attend Florida A & M University College of Law (FAMU). Mr. Andone was a member of Law Review and President of the Asian-Pacific American Law Student Association at FAMU College of Law before he obtained his law degree and was admitted to the Florida Bar in 2014.

Mr. Andone and his family, which includes his wife and two young children, are frequent fliers at Disney and Universal Studios.  He also volunteers his time as a soccer coach for both his son’s youth team, as well as the high school boys’ team at The First Academy in Orlando, Florida.